While the rate of increase in confirmed Covid-19* cases in China appears to have been reduced from exponential to linear (assuming you can rely on Chinese 'official' data sources - but their track record on accurately reporting bad economic data might suggest otherwise), the rate of confirmed cases outside of China still appears to be increasing exponential, its just much lower as it started from a much smaller initial figure.

The international cases are currently at a similar level as was present in China as at SITREP#3, so unless there is much better containment achieved internationally than was the case in China, we could see 40,000 cases outside of China within three weeks. Fingers crossed that doesn't eventuate.

*Apparently Covid-19 is now the 'official' name for 1999 nCov, as adopted by the UN. I wonder how many committee man-hours went into deciding that? 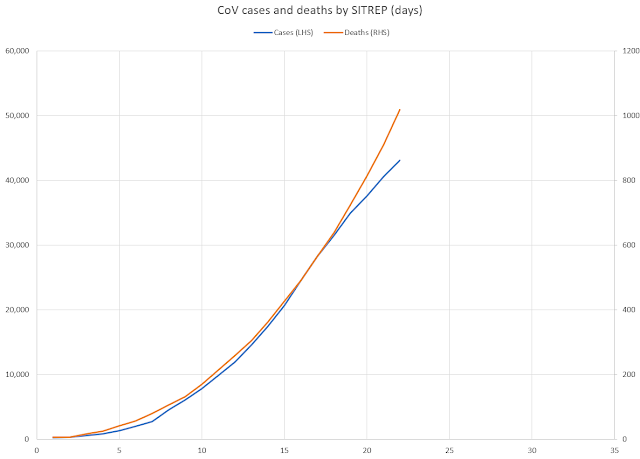 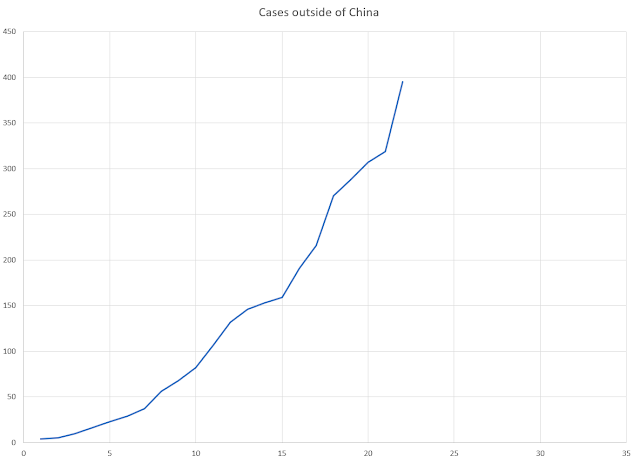