As of the Latest WHO SITREP (#22) the generally cited fatality rate (Current Death Total, which I've called T0, divided by Current Cases Reported, which I've called D0) is trending slightly higher (to 2.3%) and my 'estimate' of the 'true' fatality rate (which won't be known until the final number of total cases and deaths is known at the end of the outbreak) which I've calculated as D0/T-4 (i.e. current known deaths divided by the number of cases known four days previously) is trending down at a reduced rate (stuck at 3.2% for the past two days).

The rate of new cases reported is sitting around 2,500 per day, which would mean that the total cases will be somewhere around 60,000 in another week, and the death toll will be around 1,600-1,700. 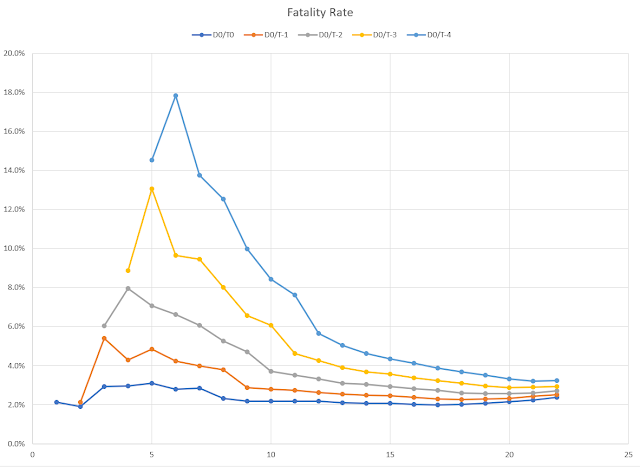 One worrying sign is that the number of cases reported outside of China seems to have spiked higher - I haven't been tracking those figures, but I'll add that to my spreadsheet and do a post tomorrow with the latest SITREP figures included.