Back from our holiday cruise

After spending a few days at a seaside motel with the family over the Christmas period, I took a couple of weeks of annual leave and we all went on a 13-day cruise from Sydney to New Zealand on the Sun Princess. The total cost was around $10,000 (or about $2,500 per person), which isn't too bad considering that included the travel (to and from New Zealand and between the stops at Milford Sound, Dunedin, Wellington, Napier, Auckland, the Bay of Islands and a couple of other places), the accommodation, all meals (aside from a few snacks and a couple of lunches while in port), and land excursions to Rotarua and around Bay of Islands. 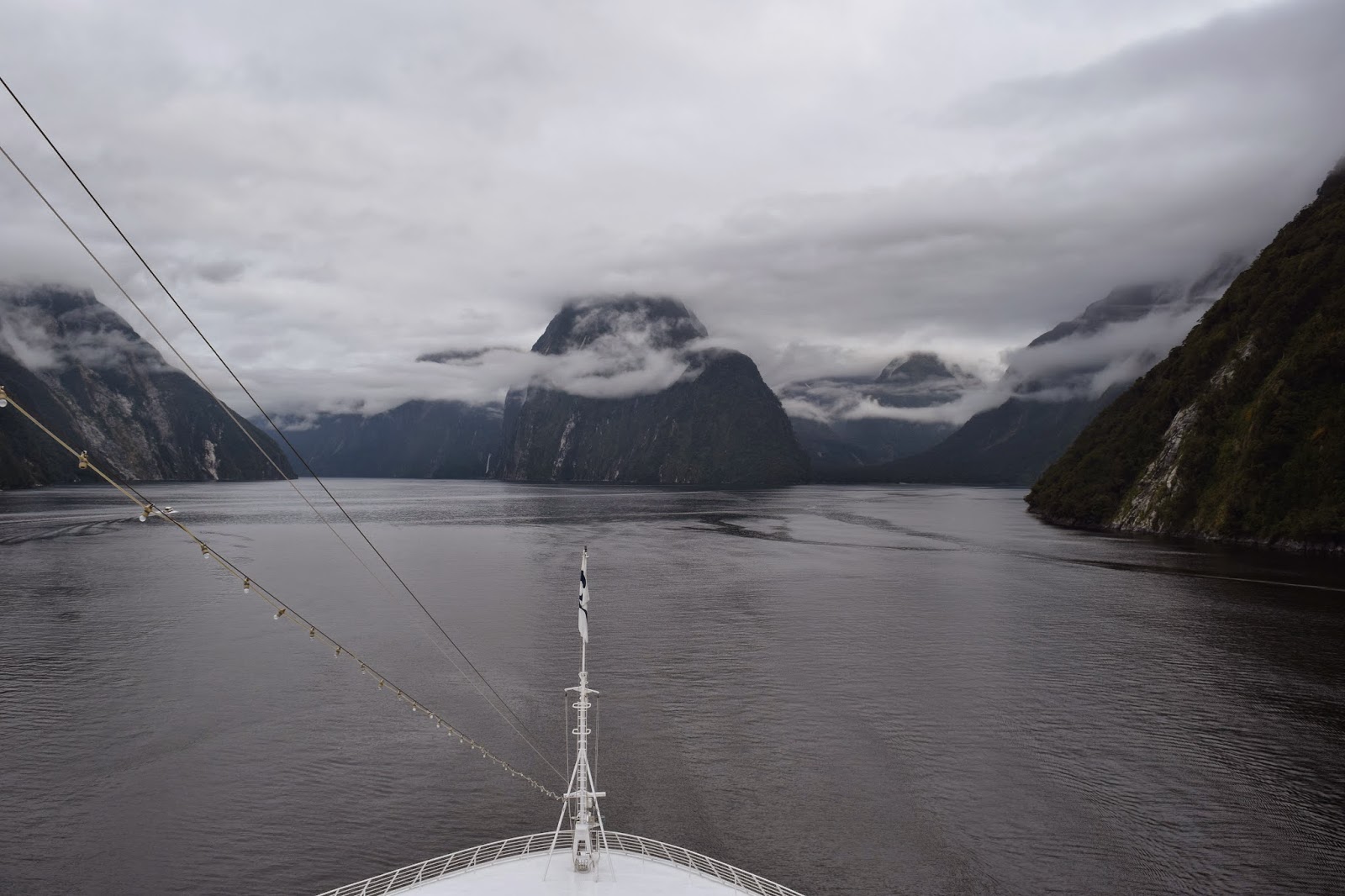 Aside from possibly going on a skiing weekend this year (or next year), and spending the Christmas holidays with my parents either at the rural property I 'inherited' (that is, if the farm house ever gets renovated into a livable condition again) or at a nearby motel (so I can do some work on the farmhouse and farm during the stay), we probably won't take another major holiday for another three or four years. We had been thinking of taking the boys on a tour of Italy/Greece sometime, but as DS1 is already in year 10 this year and starting one HSC subject as an accelerated student, we will now defer this until after he has finished his year 12 (HSC) exams. Considering the high cost of traveling around Europe by car, train or plane and staying in hotels in the major cities, I am now considering doing a cruise instead when we eventually travel there. A 14-day cruise stopping at Rome, Florence, Venice, Athens, Istanbul and several islands looks quite attractive, but not cheap. Ah well, time to start building up my holiday savings account once more...

Subscribe to Enough Wealth. Copyright 2006-2015
Posted by enoughwealth@yahoo.com at Sunday, January 25, 2015 No comments:

Another good month with the stock market doing well towards the end of December, Sydney house prices continuing to rise (although it looks as if the property market is cooling rapidly, and could dip next year if Australia experiences economic weakness or a mild recession), and our SMSF balance improved due to mostly being invested in the Vanguard High Growth Index Fund, which saw gains due to both the local stock market rise and the drop in the Aussie dollar boosting the value of International stock and property investments.

Hoping for a happy new year of investment returns in 2015! 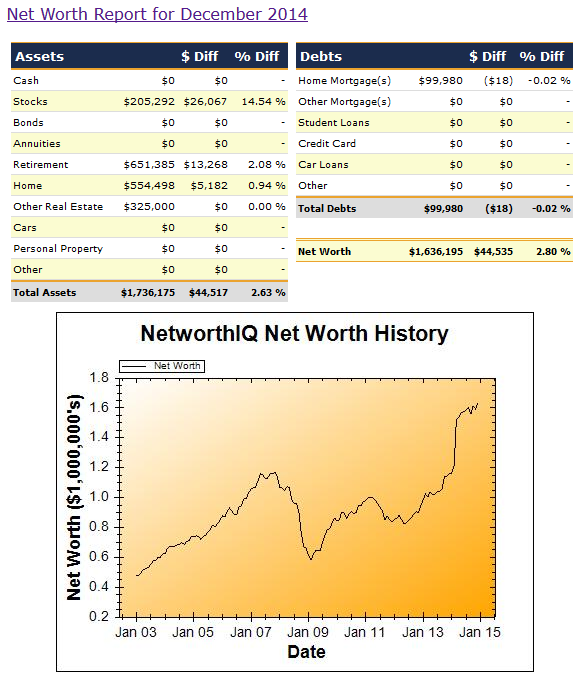 Subscribe to Enough Wealth. Copyright 2006-2015
Posted by enoughwealth@yahoo.com at Friday, January 02, 2015 No comments:

Managed to get my SCATT training system working again

One of my hobby/sport activities is target shooting. I mostly shoot 10m air pistol as it is more fun to shoot that air rifle (in Australia shooting with an air rifle jacket on can get very hot and uncomfortable in summer!) and shooting .22 and other caliber semi-automatic pistols for rapid fire and standard pistol events is both more expensive (ammunition costs quite a lot) and less convenient (the air pistol club is close to home and doesn't require onerous 'volunteer' working bee sessions from its members). I also enjoy air pistol events the most of all the Olympic shooting events, as my temperament is more suited to the slow, high precision mode of air pistol shooting (free pistol would also be fun, but that would be a lot more expensive!).

I bought a SCATT Solution system for air pistol training way back in 2000, but I hadn't used it for many years (after we moved house and DS1 arrived I no longer had much spare time for shooting) and I wasn't sure that I would be able to get in working with one the newer Windows computer systems I have on hand nowadays.

The original software (version 2.0) had come on a 3.25" floppy disc and had been installed on a laptop (that I no longer have) running Windows 98. These days I only have one desktop computer that even has a 3.25" FDD (and the serial port required to connect to the SCATT Solution hardware), but that machine is running Windows 7 and I found that the software wouldn't install. I did manage to download the newer software version from www.scatt,com and it fortunately it recognized the old SCATT system once I had ticked the check box “enable legacy (RS-232) devices” in the “Options” menu. Everything is working fine with new 2014 software version and my old 2000 vintage SCATT Solution (a great relief, given that a new SCATT system would set me back around A$1400 and doesn't offer much improvement over the old 'solution' version), so I now should be able to use it for regular training sessions during 2015 and try to improve my scores back up to 'A' grade (my last two club shoot scores were mediocre - 529 and 533).

Searching the web hasn't turned up any useful documentation on how to actually use the SCATT output to improve your scores (although I guess it must be a useful tool, given that around 80%-90% of top international shooters apparently use the system for training), but there were some documents available online that explain what all the graphical outputs (available after a 60-shot 'match' session) actually mean. I guess I'll just commence training regularly using the SCATT and see what effect strength and fitness training (and weight loss) have on my scores and the SCATT plots. I can also try out minor adjustments to my shooting stance and technique and see if any effect is immediately apparent in the SCATT readouts. Hopefully after a few months of regular training sessions I will be able once again shoot a 550-560+ at the club monthly competition, which would put me back in the ball park for winning the 'A grade' group at air pistol competitions, and possibly place in the 'top 10' at an Open event. That would make things interesting, as these days I'm old enough to compete at the Masters Games ;)

Subscribe to Enough Wealth. Copyright 2006-2015
Posted by enoughwealth@yahoo.com at Friday, January 02, 2015 No comments: