Because I'd done some Judo when I was a teenager, and my sons are both doing Judo each week, I'd tried taking an adult beginner class in Judo more than a year ago. I only lasted about four weeks before having to give up. Being 50+ years old, weighing more than 100 kg and quite unfit, I found that when acting as the Uke (training partner) during the Ippon Seoinage (One arm shoulder throws) practice I first hurt one shoulder, and then following next week, because I was favouring the injured shoulder, I hurt my other shoulder also. It took more than six months for my shoulder pain to completely go away.

So, this time around I decided to take a beginner course in Kendo (another martial art that my youngest son is taking) and had my first two hour lesson today. Although Kendo involves some unusual movements that I certainly felt in my left calf and shoulders, my only 'injury' was a couple of blisters on my feet. I'm pretty sure that I can survive the 8-week beginner course and will continue on with Kendo training for two hours every week. While today's lesson involved a lot of standing around getting instruction, the practice was enough to generate a sweat.

Done properly (ie. after I've learned the basics and have done a few months of training) Kendo training and competitions apparently rate about 7.5-8.0 METS which is similar to circuit training, jogging or playing casual soccer.

After I've got down to my 'ideal' weight, and done six months more of weight training and Kendo lessons I *might* have another go a doing Judo again. 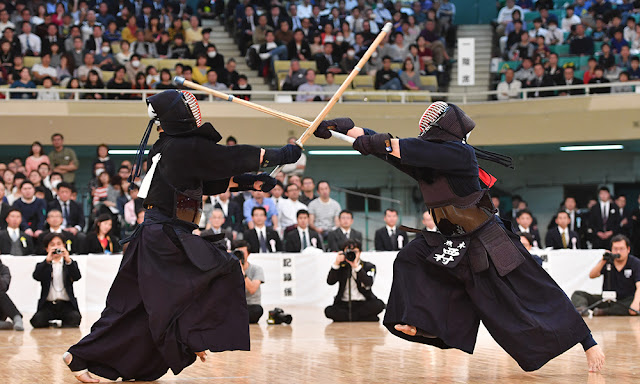