Coles currently has 750g packets of weet-bix on special for $2.09. I checked the unit price (28c per 100g) and it really is a lot cheaper than the regular price, even compared to the bigger 1.3kg packs (around 55c per 100g). I bought four packs as there is also a special offer from Sanitarium for a "free" baggy green cricket cap at the moment. The first 20,000 people to complete an online entry with four codes (printed inside each box lid) receive a cricket cap at no cost. After I entered the codes and filled in the online application I received an immediate confirmation that I would be sent a cap (well, DS1 will end up getting it to wear), so they can't have reached the 20,000 cap limit yet ;) 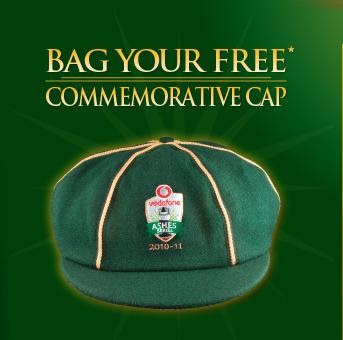 DS1 should like the cap, as he has previously expressed an interest in playing cricket (he tried out for the school cricket team last year, but didn't get selected as he's never actually played any cricket!). Maybe he'll put it on and actually practice a bit with the bat and stump set I bought he last year ;)