Living in a Throw-away Society

I just bought myself a new All-in-One printer/scanner/copier. It's not that I needed a new printer, just that I needed one that works. I'd bought an HP flat-bed scanner a few years ago, making use of the $300 provided by the government for all small businesses to upgrade their computer systems to cope with the new GST. Later on I bought an HP inkjet printer, which worked fine until the second new ink cartridge didn't fix a printing problem. So I tossed out the HP printer and bought a new Lexmark printer that was on sale for around $75 - the cost of a new set of printer ink cartridges. After a year of occasional use the colour ink cartridge had been emptied (of ONE colour!), so I decided to try to save on the cost of ink refills by buying one of those "refill it yourself" kits. For around $30 it promised to provide three refills. Unfortunately the refilled ink cartridge still didn't print properly, I suspect I had used the printer too infrequently and the inkjet nozzles had become blocked. Several cycles through the self-cleaning sequence didn't fix the problem, so it looked as though I'd have to fork out another $40 for a colour ink cartridge and $30 when the black ink ran out.

Then I saw the Lexmark X2470 on sale for $34 at the local supermarket while grocery shopping. For less than the price of a new ink cartridge I get a new printer/scanner/copier, complete with USB cable and an ink cartridge. The ink cartridge combines black and coloured inks in the one unit, so it probably isn't as economical (in theory) as separate black and coloured ink cartridges, but at $34, who cares? If nothing else, the new All-in-One unit will allow me to reclaim the desk space used up by the flat-bed scanner. It just seems a pity to throw out perfectly good equipment every time I need to replace ink cartridges...

Oh well, perhaps the local primary school would like the old flat-bed scanner. 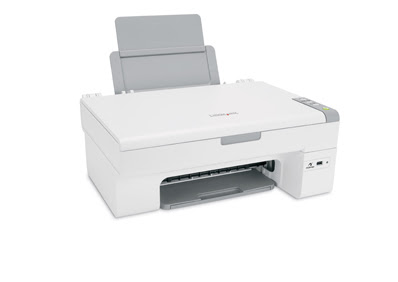