The CFC ('chinese financial crisis') seems to have fizzled out, with global markets apparently deciding that the sky isn't falling (again) after all. The GFC was 'the big one', then the EFC had less impact, with the PIGS not collapsing after all, and now the imminent 'CFC' appears to morphed into just a transition to a more sustainable rate of economic growth. Ah well, I'm sure they'll be another 'crisis' soon enough.

Overall the market recovery during October and the continued rise in the 'estimated valuation' for our home pushed my net worth back above A$1.8m, which is new 'all time high' -- although if you adjust for inflation and debit the value of the hobby farm/weekender I 'inherited' last year I still have a way to go before I'm as well off as I was in late 2007.

My geared stock portfolio gained $32,650 but is still well below the levels of 2007, or even where it had recovered to in 2010 before the end of the 'mining boom'. My retirement account was boosted by the share market gains and also by one monthly employer contribution being deposited during the month. Our estimated house price gained $36,794. Overall my net worth improved $102,586 during the month, which recovered the losses suffered in the previous two months. I make no predictions as to where my net worth might be at the end of this year or next... 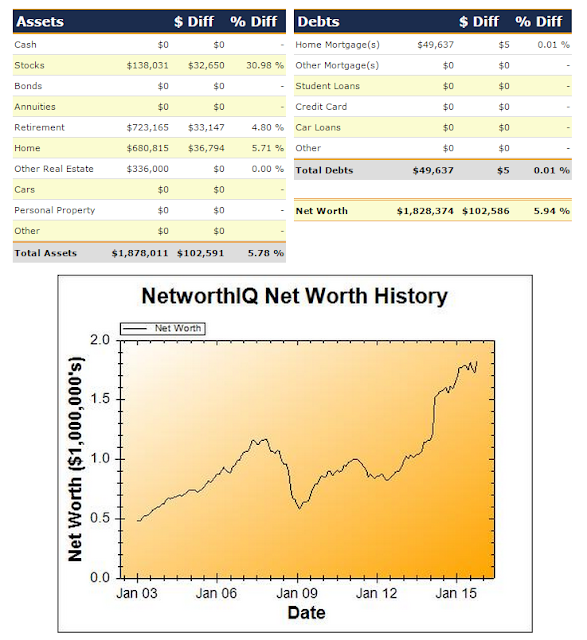