A tale of two eBooks

Sometimes technology makes our lives easier and less expensive, while at other times it just seems like an excuse for price-gouging.

For example, I recently bought three ebook novels for my Nexus7 tablet. All were current paperback titles available for the usual (exhorbitant) 'hardcopy' price (around $16), but the ebook version was priced very reasonably (between $0.99 and $3.99) in comparison. Reading them on the tablet is generally a better experience than the harcopy (with the ebook providing automatic bookmarking, is easier to read in bed in dim light, and is lighter and smaller to carry around than a paperback) - the only problem is trying to read them in full sunlight. Considering the publisher's cost savings (no physical materials such as expensive paper, no shipping costs, and no storage cost), the price differential ($4 vs. $16) per book seems reasonable. And even I won't begrudge paying an author 1c per page for anything I'd want to read ;)

On the other hand, I also went shopping online for a text my uni supervisor recommended, thinking it might be cheaper as an eBook - wrong! The Australian 'co-op' bookshop lists only the Google eBook version (at A$109.12 for non-members, or A$103.66 for members), which seems a bit rich considering Google Books lists this eBook online for USD$94.66. And the kindle version available from Amazon.com is only slightly less expensive, at $93.92. These ebook prices might be reasonable if the text cost several hundred dollars in hardcopy, but these prices seem a total rip-off when compared to the hardcover version which has a list price of 'only' USD$98.86 (A$97.29) from Amazon.com.

In the end I decided to buy the hardcopy from Amazon.com for A$107.11 (including shipping to Australia). Getting a hardcover text to stick on my library shelf for only $3.45 seems a relative bargain, with the only downside being the estimated delivery date of 4 Feb.

I suppose textbook publishers would argue that selling eBook versions at a significantly lower price point that the hardcopy version would make it unprofitable to publish them. However, I would think that students would be more inclined to buy textbooks (rather than borrowing them from the library or buying older editions second-hand) if the eBook version was available at a more affordable price. 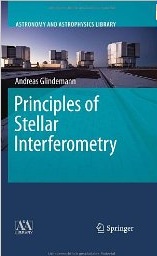