Time to upgrade our mobile phones

The two-year contract period on our Three mobile phone account ended last month, which is perfect timing because DWs phone was no longer able to charge her battery (due to some orange juice from DS1 sipper cup leaking in her handbag). So, we had to keep swapping batteries between our two Sony Ericsson G502 phones in order to keep both batteries charged up. It was a real hassle because every time the batteries were swapped over we had to reset the date and time on our phones, otherwise our alarms wouldn't go off at the correct times. 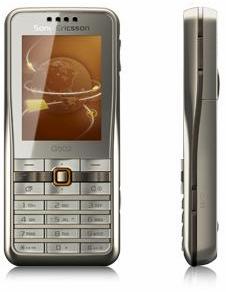 So, I decided to upgrade both our phones, but stick with the same shared-spend $14/mo each plan. Most of the available upgrade models are iPhones or similar touch phones, but at $5-$20/mo extra over 24 months for each phone I don't want to spend $120-$480 just to have something "cool" for making my phone calls (if I want to take photos I use my digital SLR camera, and for apps and internet I use my laptop, not a phone). These phones are also a larger form factor than I really want - the old "candy bar" style phone fits nicely into the side pocket of my "man purse" or jacket pocket. I considered a $0/mo upgrade to a Nokia phone very similar to the old Sony Ericssons, but in the end decided to splurge $2/mo each on upgrading to a pair a Samsung B2710s. These phones are similar to our old phones, but have the added benefit of being quite tough. They are waterproof rated to a depth of 1m for 30 mins, and drop rated to survive a fall from 2m. It was quite fun watching some "reviews" of this model on YouTube - basically people just had a ball showing that this model will still work OK after leaving the phone in a fish tank for half-an-hour, stirring hot chocolate with it, dropping it 2m off a fire escape, being driven over them by a snow mobile, or being chucked into a cement mixer for a while! Admittedly they didn't survive being shot with a rifle or being driven over with the metal tread ribs of a snow-groomer ;)

They also have a couple of features that may actually be useful in a mobile phone designed for users who sometimes take their phone hiking or skiing - the ubiquitous GPS and google maps, a built-in altimeter, pedometer, reasonable strength flashlight (not sure how quickly using that would drain the battery), and a digital compass. The lanyard hole also looks like this phone can be hung around you neck without destroying the eyelet the first time the phone gets caught on something.

I ordered the phone upgrades on Tuesday but then got an SMS two days later from the Three warehouse saying the order had been cancelled because this model was now out of stock. Several phone calls to the upgrade line over several days eventually confirmed that this model was going to be restocked, but that we'll have to wait for 2-3 weeks for the new phones to be delivered. Better late than never I suppose. 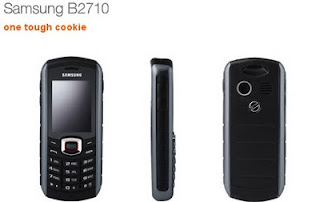 After unlocking my old Sony Ericsson from Three I bought a $1/mo "pay-as-you-go" SIM from TPG so I can give my "hand-me-down" mobile phone to DS1 to use when he travels to and from high school next year. The local call costs are reasonable (10c flag fall and 10c/min) for occasional use by DS1, and the upfront cost of $40 (an exorbitant $20 "SIM charge" and a $20 "deposit" to put the account into credit) wasn't too high. I've paid the initial $40 cost, and DS1 has agreed to pay me the $1/mo plan fee plus any $20 "top-up" charges that will be automatically billed whenever the TPG account balance drops below $5. As insurance against excessive charges I edited the plan settings online so his phone can't make or take international calls or SMS messages. I could also change the setting to disable outgoing domestic calls, but for the moment I'll trust DS1 to use the phone responsibly. It would have been nice if the settings could be varied by time-of-day, in which case I would have disabled making calls during school hours.

Funny I felt the same way. Just upgraded Dec 2010. Ended up getting a smart phone Droid Incredible as the only extra cost was the data plan 29/mth I got the phone for free renewing my contract. I must say it really does come in handy sometimes to be able to do all those things with just a phone and not have to have to alwasy have a camera or laptop with you I never thought I would need those things on my phone but once I got it I feel it is worth it.

It may even save you money. when shopping you can do things like get instant coupons. find the same item for less at a nearby store. crazy.. Just my story..

Nice blog by the way.